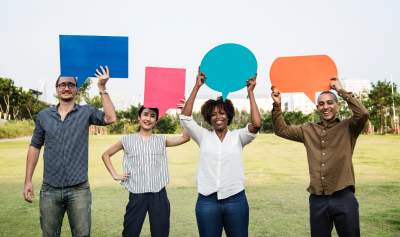 There has been work taking place in my neighbourhood for the last six months. It’s been disruptive. Last week, I contacted the company behind the work to be told that it will be another month before things go back to normal.

Over the last few months I’ve felt my frustration increase. But this hasn’t been about the work so much as the lack of direct communication. Aside from an initial letter at the start of the year, there have been no further notes through the door to let us know what’s going on. And in that silence has grown my annoyance which has dented my view of that company.

All too often companies keep quiet when they have bad news to impart, in keeping with the old adage ‘if you’ve got nothing good to say, say nothing.’ But this is an absolute mistake. Because when there is something less palatable to impart, that is exactly the time when a company needs to up its communications and engagement with people.

Companies need to be transparent in their communications and if there are delays, or problems, or challenges, communicate these in an open, clear and accessible way. By being transparent, companies can set realistic expectations of what is and what isn’t possible – complaints are often born when people feel that their expectations haven’t been met.

Communications need to be regular too. It is not enough to send a missive once because this will not build engagement which will, in turn, not lead to trust. Companies need to deliver a regular cycle of communications. ‘But there’s nothing new to say.’ This doesn’t matter. People need to be reminded of messages; we cannot assume knowledge. It’s not enough to tell people something once and hope they remember. More than that though, regular communications help to build a relationship between company and customer which creates tolerance for problems in service.

Companies shouldn’t let someone else tell their story either. Being proactive is vital because when there is a communications void, other sources move to fill that void through rumour and assumption. People shouldn’t have to look for the information they need because they may well find the wrong messages. And in being proactive, it’s important to factor in a range of communications channels: people don’t all get their information in one place. In particular, the importance of direct communications cannot be underestimated in ensuring people receive information in a personal way.

It’s important too to give people space and opportunity to feedback too. Companies shouldn’t let people hold onto their questions but allow them to bring these out into the open for answers, publicly where possible. Allaying people’s fears will help to mitigate any concerns developing into complaints later on.

Language is important. This isn’t just about the provision of information, it’s also about engaging people. And so, using language that makes the individual feel valued, that is emphatic and personable, will create greater connection.

Of course, this isn’t just about when companies have bad news to share. Proactive communications and engagement should be the norm, but it is particularly pertinent when a company’s activities may be having a negative impact.

And the old saying doesn’t hold true: if you’re a company and you have nothing good to say, say something.